Posted by Paul Barter on April 01, 2015
Parking revolutionary Prof. Donald Shoup has announced his retirement from full-time academia, prompting various glowing tributes, such as this, this and this. I won't add to them today.

The folks at ITDP Mexico (who include Reinventing Parking author, Andrés Sañudo) have released a short animated video to complement the report.

The video, "Less parking, more city" (Menos cajones más ciudad), is relevant almost everywhere, not just to Mexico.  It is in Spanish with English subtitles.

It is only 2 minutes 49 seconds long. So take a look right now and feel inspired. 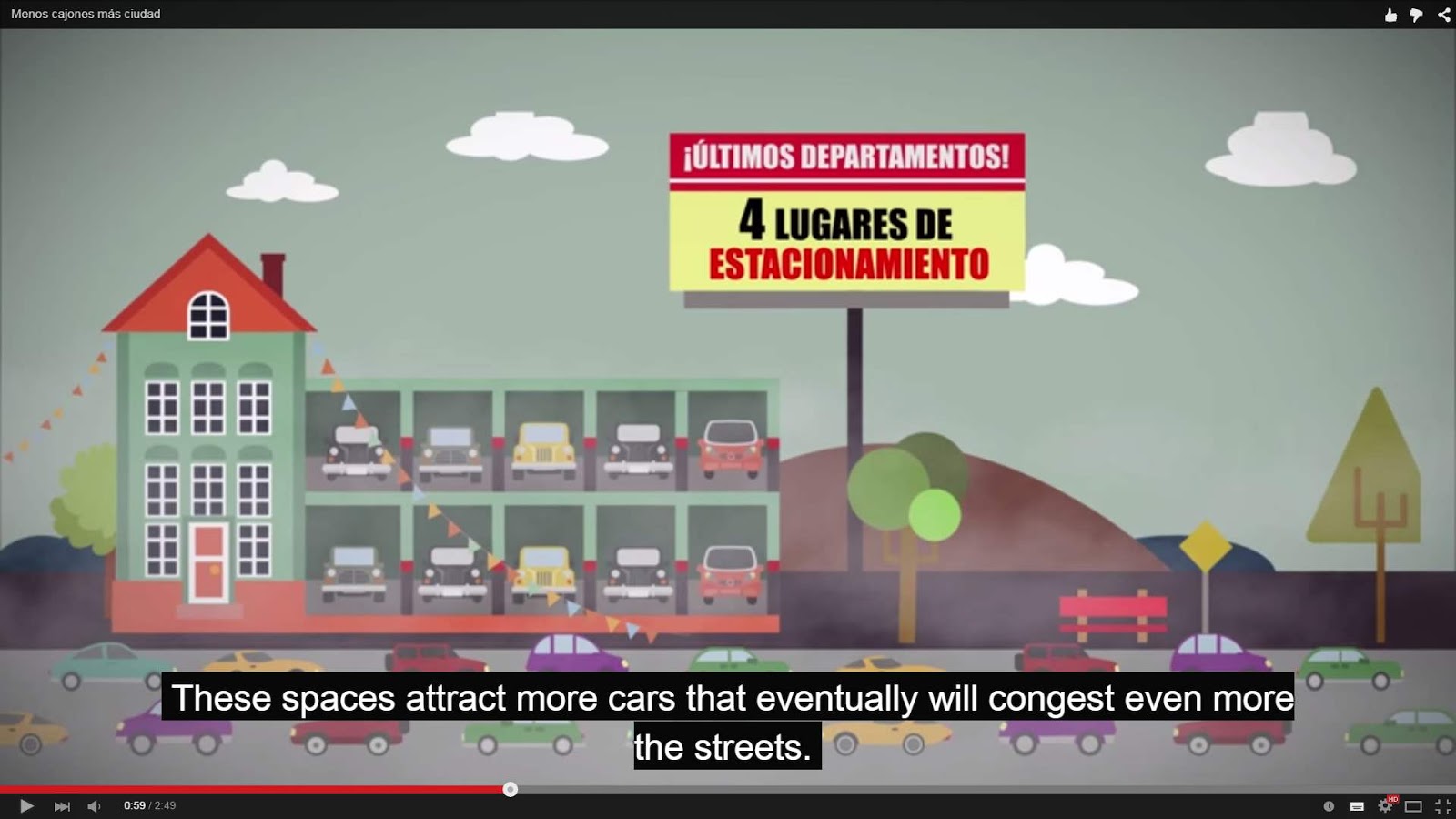