Posted by Unknown on June 02, 2015
Click here for full sized graphic.
By Seth Goodman
Parking is expensive. It costs thousands of dollars per stall to build. It occupies valuable real estate. It is ubiquitous, accompanying nearly every building built across the United States. Yet at nearly every destination, drivers don't directly pay for the parking they use. Instead the cost is hidden, bundled into the grocery bill, benefits package, and rent of every shopper, employee, and tenant. 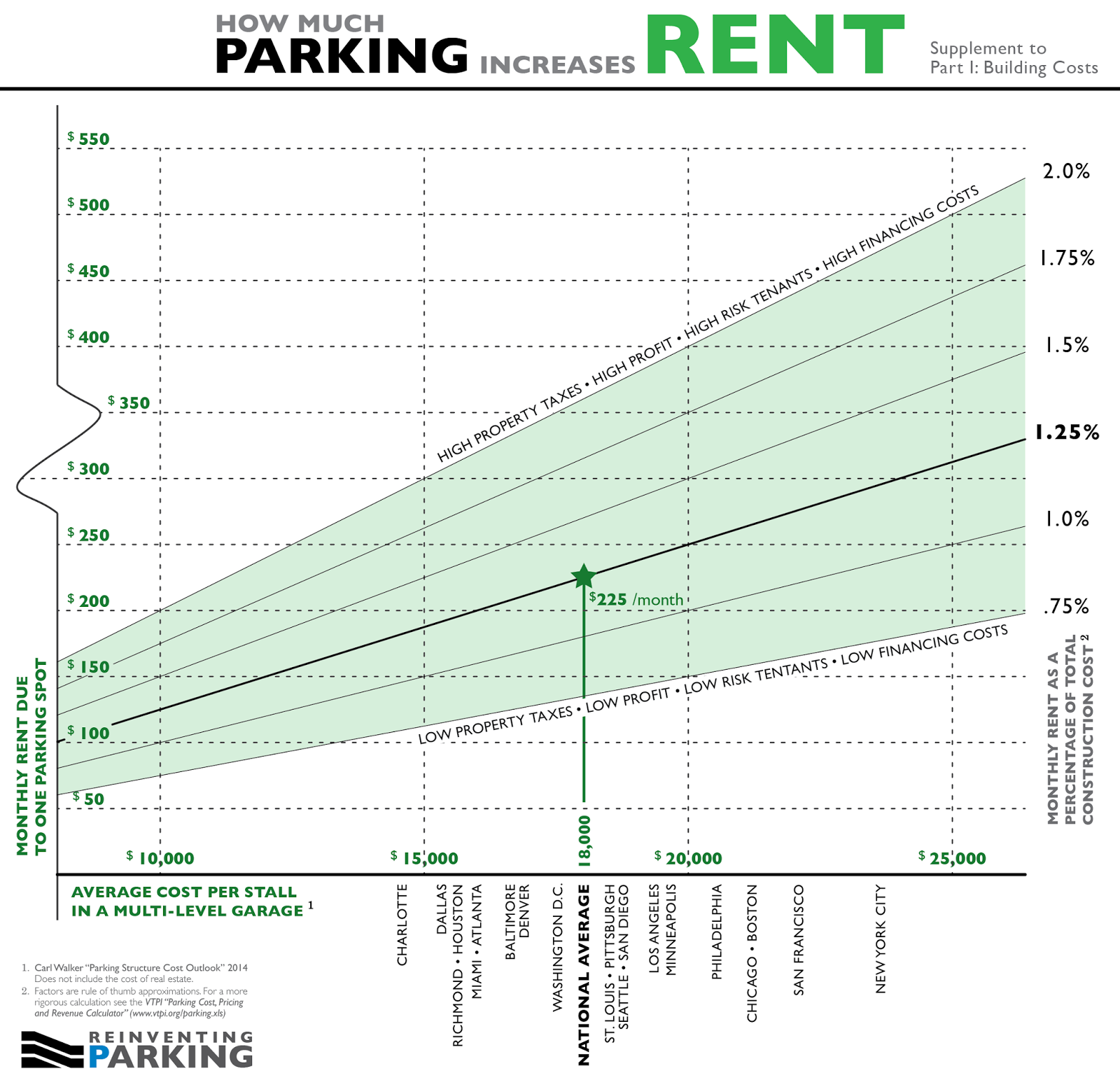