In mid-2020, Edmonton's city council amazed many of us in the parking reform scene by voting to comprehensively remove minimum parking requirements.

This month's Reinventing Parking is an interview with Ashley Salvador, who was a key participant in the campaign for Edmonton's 2020 parking reform.

Ashley was a passionate and engaging interviewee. Together we explored the Edmonton Open Option Parking story.

Listen with the player below. Or subscribe to the audio podcast. This is the official podcast of the  Parking Reform Network. 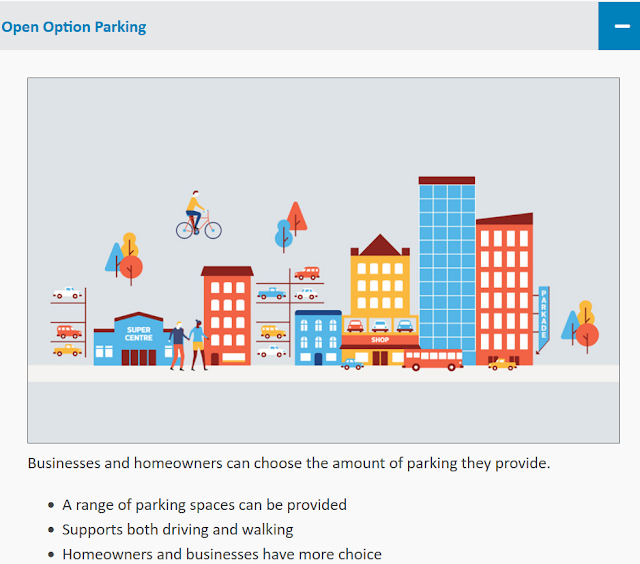 With its 2020 Open Option Parking reform, Edmonton became the first major Canadian city to abolish its costly parking mandates across the entire city.

And it did so with flair!

Edmonton had a unique name for its reform: Open Option Parking. This reflected the strong emphasis on Choice in the framing of this reform.

And the city's engagement with the community was second-to-none. There was a three-year process behind the scenes which resulted in a solid yet highly engaging and persuasive set of information from the city to explain what it was doing and why.

She came to this parking reform campaign via her previous roles as founder of the Canada Backyard Housing Association and a co-founder of YEGarden Suites an organization promoting garden suites (or accessory dwelling units – ADUs – sometimes called Granny Flats).


Ashley also highlighted Edmonton's reforms for a wider audience via a May 2020 article for Strong Towns, entitled "Will Edmonton Be the First Major Canadian City to Eliminate Parking Minimums?"

As Ashley said in that article,

Edmonton seems an unlikely candidate for progressive parking reforms. It’s a sprawling prairie city, known for its super-sized shopping mall and connection to the oil and gas industry. A lesser-known fact (but not surprising), is that it’s also home to the world’s largest parking lot.

Learn more by listening to our conversation!

And, if this Reinventing Parking interview whets your appetite, you should also take a look at the video of the Strong Towns 2021 webinar: How to Get Rid of Parking Minimums.
The webinar also features Ashley, along with Travis Fong (her co-founder of YEG Garden Suites) and Anne Stevenson, who played a key role in the parking reform as a City employee but was working for a non-profit at the time of the webinar, and has now joined Ashley as an elected City Councillor.
Listen to the audio episode here:


IF YOU LIKED THIS