I measured this for myself in Indonesia recently.

I have mentioned before that, in some countries, cars take ten times the parking space as motorcycles. This means charging motorised two-wheelers parking charges 1/2 the four-wheeler rate (as is common in Asia) seems rather unfair.

Look at this diagram. 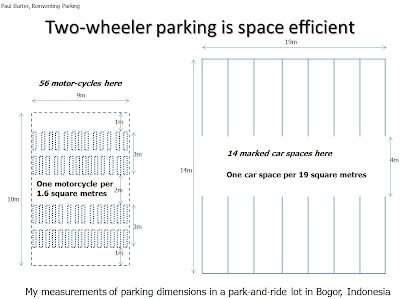 It shows measurements from Bogor (done with help from Aldi and Qi from GIZ SUTIP).


We did not measure space for turning at the end of aisles. This is much larger for cars obviously, so these results underestimate the difference between motorcycles and cars. On the other hand, you might argue that cars in Indonesia tend to be larger than in most countries and that their motorcycles are typically small.

Anyway, clearly the space-efficiency difference is dramatic. It is huge!

[Update 3 August: We should also adjust for the different occupancy rates of cars and motorcycles, of course. But this makes less difference than you might think. Peak-hour car occupancy across many countries is typically around 1.3. Park-and-ride trips may have higher occupancy or lower, I am not sure, but 1.3 is probably a fair guess. Motorcycle occupancy data is scarce but cannot be less than 1.0 in this case, obviously. Assuming occupancies of 1.3 and 1.0, the ratio of park-and-ride space efficiencies above is still more than 9.] 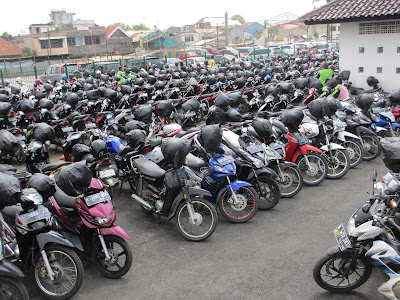 Bogor is about 60 km south of central Jakarta. It is a terminus for the Jakarta metropolitan region's electric suburban rail system which offers a fast (but very crowded) commuting option for people working in central Jakarta.

A nearby street is also crammed with motorcycle park-and-ride businesses charging a little less than the official lot. 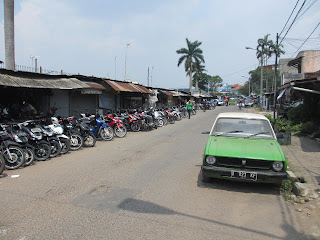 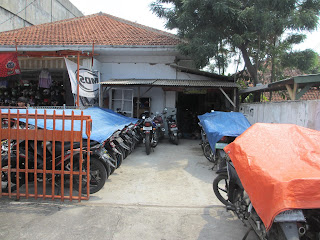 What about bicycles? They are obviously space-efficient with various numbers claimed as the bicycle to car ratio. I didn't measure it but this scene from Tokyo suggests that bicycle parking can be about as space efficient as motorcycle parking, and maybe more efficient. 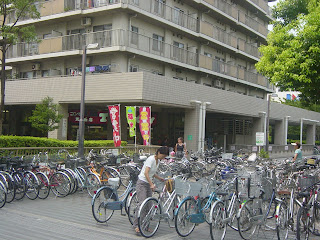 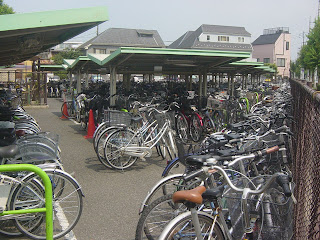 [UPDATE: If you want more on two-wheelers and parking, here are some more relevant items on Reinventing Parking:


[Reinventing Parking is now ALSO a podcast. Find out how to SUBSCRIBE (it's totally free).]